I saw Never Not Reading posting some special Harry Potter posts a few weeks back. Weird Zeal created a list of Harry Potter related posts in celebration 20th U.S. anniversary of Harry Potter. I wasn’t able to do posts during that time because of a work event but I thought I would do some now. I liked the idea of talking about my favorite character in the series.

(These aren’t ranked in any specific order. They are just my top 7 favorite characters) 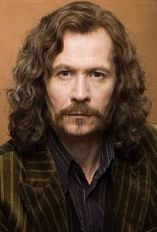 1.Sirius – I adore Sirius. I think I attached myself to him because he was the first real parent figure that Harry got throughout the series. When he comes in in the third book we go on this emotional journey with Harry. He think he has no true family left to him, thinks that someone is out to get him then learns the lengths that Sirius has gone to to protect him. I loved the connection they develop throughout the story.

I was devasted when Sirius died. I felt the ache that Harry felt. It was like a hole had been left. A true family and happy life was ripped away from Harry yet again. I hoped there was going to be a twist for Sirius to come back. I loved the way he helped Harry learn strength and the power of true and devoted love for a family member.

2. Dobby– Dobby was so weird when he first showed up in Chamber of Secrets. I thought he was this little odd ball. Then we learned how devoted and selfless Dobby was. He was goofy but he had a heart of gold. He was pure innocence. I wanted him to get everything and the fact that he was able to use his last moments to save Harry ripped my heart out.

3. Dumbledore – Dumbledore was such a complex and interesting character throughout the novels. I liked that throughout the series we saw him develop from a mentor to this man who was trying to make things from from his past. I thought he was just a teacher but we learn quickly that he was much more than that.

I also liked that he was seriously flawed. Having him make poor decisions made him human. I could relate to him. I saw his heart and saw what could happen when you only listen to your heart and not your head as well. 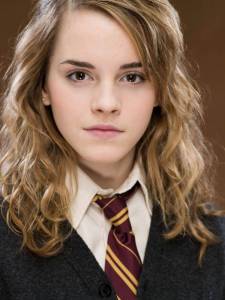 4. Hermione – Hermione was the character I related to most throughout the series. She was a bookworm. She had inner strength that took her sometime to find. She attached herself to a few true and devoted friends. I admired the way she was unashamed of her knowledge. Without her the boys would have been dead back in book one. She was the true power of the trio and I loved that. 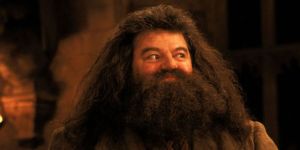 5. Hagrid – Hagrid was a gentle giant. He was another character that was just pure happiness and innocence. He loved Harry so much. I liked that he was a bit off beat and yet was resistant. He didn’t back down. He didn’t let his failures destroy him. He made some decisions that weren’t the best but he never did it with a hard heart. His heart was always pure and in the right place. 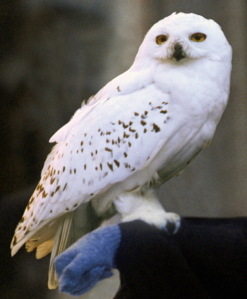 6. Hedwig- As someone who has always been attached to animals I instantly loved that Harry had a pet of his own. Hedwig was his best friend and companion. She was there for him when he needed comfort. She was there to protect him when he needed help. Hedwig was the heart of the books for the entire series. Her death took my by surprise and I was so close to crying at that moment.

7. Snape – I know that Snape’s character is a very controversial. Snape is one of those people who made all the wrong choices. He is just plain cruel to Harry for most of the series and I can see how that makes people avoid him. But I think he is one of the best written characters in any book I have ever read.

He started off as a character that just seems like a plain villain. We think he is going to be a cookie cutter antagonist. Slowly we see that his character is so much more than just someone who is a obstacle for Harry. He teaches Harry how to stand up against authority. He lets Harry see that someone people get lost and destroyed by their pasts. He is an example to Harry of what happens when you are not strong and don’t fight for what you want.

I loved his journey throughout the books. As a writer I learned so much from his character. I leaned how important it is to know your characters and to write them as they are even if they end up having some distasteful and harsh sides to them.

Who are your favorite Harry Potter characters?