I recently finish a re-read of the Prisoner of Azkaban after getting the illustrated version. I decided to choose a handful of the Wizard World Book club questions for Prisoner of Azbakan and answer them instead of choosing just one. 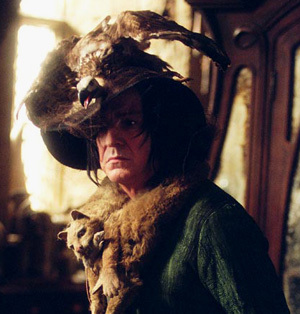 Why does Lupin ask Neville to face the Boggart?

Lupin is one of the those people who can see past the outer facade of someone. He was able to see past Neville’s timid self. He saw past the self-doubt and fear. He saw the true potential that Neville held.

Lupin knew that Neville had power inside of himself. He knew that Neville just had to see himself succeed. Once Neville was able to stand up to his fear, he started on a path to becoming the Neville we see at the end of the series. I believe this moment gave Neville a test of what he could do and who he could become. In the end he learned that anyone, no matter their past, can face their fears and succeed. 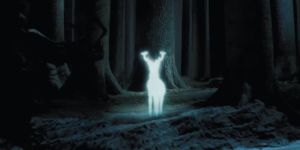 Why is Harry so determined to prefect his Patronous?

The Patronous is a tool against something that terrifies Harry. The Dementors are a fear that at first he can’t see a way around. They pulled him down and he didn’t see how to make them go away.

He wants his Patronous perfect so that he can banish these things that bring him down. Harry can’t let anything defeat or hurt him. He needs power over these creatures. He can’t and he won’t let them rule him or over him. His Patronous gives him his power back. 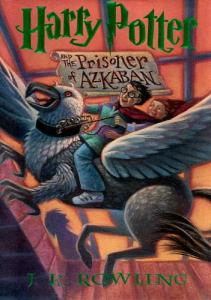 Is Snape right to draw comparisons between Harry and James?

Snape can’t help but draw comparison. Harry is Jame’s son. It is natural to look at someone’s child and see their parent. People tend to look for traits so that they can say, “You are just like your father/mother.”

Snape sees Harry’s reckless behavior and sees a man that used to torment him. He sees a similar strong attitude, an attitude that makes him wonder if Harry is heading down a similar path to his father. Harry isn’t as arrogant as James but Harry does hold an opinion about himself, one he won’t let anyone change.

Harry disregards rules like James and his friends did. Snape sees these traits and draws an easy comparison. I don’t think it is a question of right or wrong. I think it is more of asking, can Snape see the difference between the two people?

Is Hermione close-minded as Trewlaney suggest?

Hermione is not necessarily close-minded. She is open to new things, she accepts Lupin, sticks up for house-elves and tries to not judge people too quickly. She can open her mind when necessary. What she can’t do is believe in something she can’t prove.

Hermione is someone who needs facts and figures. She needs to see the details, and be able to use evidence to prove something. She needs books to supply her with knowledge and lessons.

Divination takes a bit of ability to go beyond facts and figures. You have to believe a bit in what you can’t tangibly understand with book knowledge. Hermione can’t do that. She can’t work with something that can’t be learned from books.

I wouldn’t say she is close-minded but she is hesitant to go with what she can’t learn and prefect. 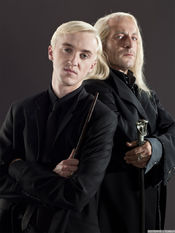 Has Malfoy inherited the grudges he bears from his father?

I would say in a way, yes. Malfoy grew up with a mindset drilled into his head. He was taught that Muggleborns are beneath him. He was raised thinking his family name made him important. He believes this because of his father.

During his time at school he starts to see the difference in what is real and what his father has drilled into him. He sees the way attitudes are different. By book six and seven we see Malfoy becoming detached with his father’s way of thinking and acting. He begins to doubt the way he was told to understand the world.

Do the Marauders trust each other?

In school, yes they did. They had no reason not to. Once they learned each other’s secrets, they learned who they were. They helped one another and in that process formed a strong bond. A bond that made them put all their trust into one another.

As they grew up and life got darker, misgivings snuck into their thoughts. They were in the middle of a war where no one knew who they could trust or not trust. People who never seemed evil were being caught as Death Eaters and hurting others. Even their strong bond began to crumble a little bit.

To keep Lily and James safe, they had to hide all they could from everyone. It was a dark and scary time, it was natural for them to wonder about the people around them. I think though that true trust between Sirius, James and Lupin was unbreakable.